NSFW    TEHRAN, IRAN ??Iran's navy has formally commissioned its largest vessel, the Makran, a former oil tanker converted into a logistics vessel with a helicopter pad.

State TV reported the Makran joined a missile drill in the Gulf of Oman on Wednesday, Jan. 13, according to a report by the Associated Press.

The War Zone cited Iranian media reports that the Makran will be able to carry six or seven helicopters. Video posted to YouTube by the semi-official Tasnim news outlet shows RH-53D Sea Stallion, AS-61A-4 Sea King and AB212ASW helicopters flying from the ship, as well as what the War Zone identified as an indigenous Pelican-2 drone. 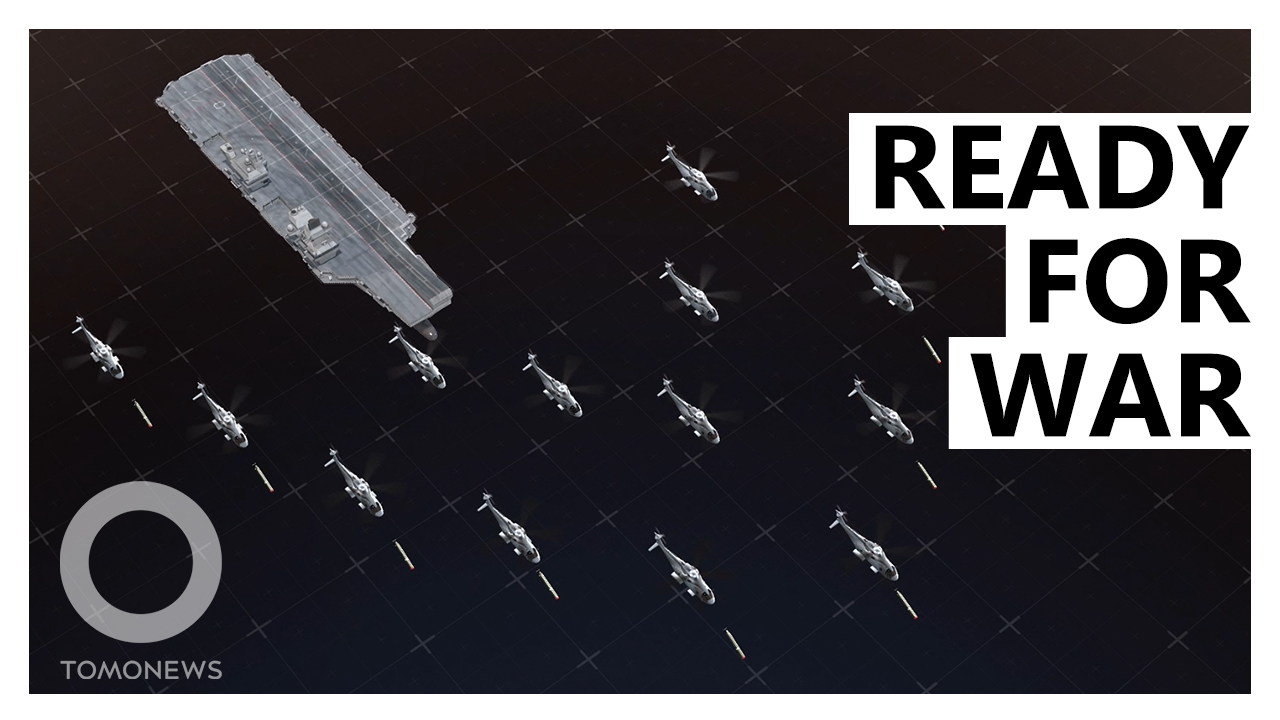 NEXT ON TOMONEWS
UK's Biggest Warship Ever is Ready for War